Keith was educated in Toronto and at the University of Western Ontario.Since finishing studies at Western, he has been involved in life long learning including programs at York University, Grant McEwen and Centennial Colleges, Kraft University and has attended a host of independently conducted seminars and learning venues.

In 2008, Keith was CERTIFIED as a fully accredited Life Coach and Addictions Coach, and has completed a Masters level certification. He also has studied and incorporates the learning’s of Tolle’s “The Power of Now” and “A New Earth” into his practise.

Keith has lectured at York University, Centennial College and spoken to groups in Canada, the US, Europe and Australia and has been published in several industry magazines including Supermarket News, Canadian Grocer, Western Grocer and Metro Land newspapers .

In 1994-95, he attended Homewood in Guelph, arguably Canada’s leading addiction treatment program and did an extensive after care program as well. He has worked in a volunteer capacity at Bellwood Rehabilitation Centre in Toronto. He is currently affiliated with two leading private treatment facilities.

As the testimonials on this site will indicate, Keith has spent a large portion of his life working with others. Coaching in his areas of expertise fulfills Keith’s Life Purpose, and he works with clients both locally and on a global basis.

It is well known that the success rates of 12 step programs and treatment facilities is less than 5%. There is also a direct correlation between the issues faced by those with addictions and those with a desire to make true life changes. With this in mind, and with a mission to coach others to more abundant and joyous lives, Keith, in collaboration with addiction theorist Patrick Meninga, has developed a Holistic approach currently called the “Creative Theory of Life Recovery”. Our coaching incorporates a practical approach to the theory, and we believe it will improve life recovery success rates.

As well as being a husband, father of four, grandfather of five and engaged in business, Keith has been an active community volunteer and supporter who believes in giving back. A profile of his senior level business career can be seen at www.linkedin.com/in/keithbrayassociates. Keith ended his corporate career as President of a major branded consumer products company in 1990, and incorporated to pursue consulting, management services and start-ups. Coaching is a natural extension to Keith’s company and career.

Keith played sports at a competitive level, and has been an active coach of sports teams. His current Life Coaching practice employs many of the skills gathered from other phases of life. 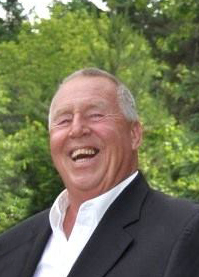 Keith brings out the strengths and talents people have within.
He is a natural coach and mentor.

Most importantly, he has faced major challenges in life including addictions and abuse, and through hard work and choosing a proven template, has walked the journey of transforming his own life and finding abundance and purpose through a huge attitudinal change (a spiritual awakening). As well as being there for his clients at all times, he has a wealth of personal experience to share when requested by a client or when deemed to be of benefit in meeting objectives.

He has walked the walk, has recovered from much and continues in the growth and recovery process recognizing it is a life long journey. The “Creative Theory of Life Recovery” and its application is a direct step to improve the lives of others.

Keith is a founding member of Big Life and is active in several electronic networking and business ventures. He is currently a Director of Maple Leaf International Acquisitions. He is an active golfer, and player in the game of life!

Keith welcomes the opportunity to work with you in finding a better and more abundant life, setting goals that are your goals and harnessing you talent to obtain personal bests in life.

Get into the game of life as other successful high performers do. Let a coach bring out your best, and let Keith Bray be that coach! He listens and cares.